In late May I broke my arm in a fall from my bicycle, an upper humerus spiral fracture. I fell on my elbow and the shaft of my arm slammed into the ball at my shoulder and split in a few places. It was still all in one piece but quite painful. I had been in physical therapy for several weeks and was healing well. Just last week I was thinking: after my vacation, I’ll be ready for some small bike rides and before long I’ll be good as new.

I was excited for this vacation, it was so long overdue. I was going to relax, have some fun, recharge the batteries and be ready for a great return. Fate had something else in store for me. While boogie boarding I missed a wave; the wave slammed the board into my arm, breaking it again. I heard it snap, and gave a howl of pain. Same arm, different place, this time clean through. I trudged back to shore, cradling my arm. I felt really stupid. I had just reset the clock on my recovery. In my insistence on having fun I pushed myself too far and paid the price.

x-ray image of the break

Why am I writing this post? It’s not a pity-post or sympathy-seeking, that’s not really my style. Of course I won’t refuse any sympathetic reactions, and I’m very grateful to all the friends and family who have reached out with support.

I guess it’s more about trying to make sense of this all: This was not the plan. This was not how things were supposed to go. The universe is trying to tell me something, and I need to listen better. After four-plus decades on planet earth without a major bone break, now I’ve had two nasty ones in the space of a few months.

The lesson: my youthful indestructibility is gone; I am transitioning into the frailty of old age. I need to be more judicious with my physical risk-taking. This is hard for me to accept, since I have always enjoyed pushing my body to the limits. But accept it I must or I have a feeling the universe will keep trying to teach me this lesson.

While I was on vacation I did enjoy taking in a non-fiction book, Bushido: the Soul of Japan. It was published over a century ago as Japanese industrialism was burgeoning and the last remnants of feudalism were fading away. The author, Inazo Nitobe, sought to capture the essence of the way of the samurai so it would not be lost to history. It is an altogether fascinating book, a window into a different world, a much more difficult world, a world where philosophies of life and right-living are of utmost importance.

There is no question that the old samurai of Japan faced far more dangerous circumstances than I will ever face. So, I thought, their attitude in the face of suffering and even imminent death can perhaps teach me something about handling my own present suffering and defeat. With that in mind, I share the following passage from which I am currently drawing delightful inspiration:

And yet, for a true samurai to hasten death or to court it, was alike cowardice. A typical fighter, when he lost battle after battle and was pursued from plain to hill and from bush to cavern, found himself hungry and alone in the dark hollow of a tree, his sword blunt with use, his bow broken and arrows exhausted—did not the noblest of the Romans fall upon his own sword in Phillippi under like circumstances?—deemed it cowardly to die, but with a fortitude approaching a Christian martyr’s, cheered himself with an impromptu verse:
“Come! evermore come,
Ye dread sorrows and pains!
And heap on my burden’d back;
That I not one test may lack
Of what strength in me remains!”
This, then, was the Bushido teaching—Bear and face all calamities and adversities with patience and a pure conscience; for as Mencius taught, “When Heaven is about to confer a great office on anyone, it first exercises his mind with suffering and his sinews and bones with toil; it exposes his body to hunger and subjects him to extreme poverty; and it confounds his undertakings. In all these ways it stimulates his mind, hardens his nature, and supplies his incompetencies.” True honor lies in fulfilling Heaven’s decree and no death incurred in so doing is ignominious, whereas death to avoid what Heaven has in store is cowardly indeed!

Even though my recent injuries were certainly not earned “fighting the good fight”, and are instead entirely the result of my own youthful stupidity ― I ain’t giving up yet! 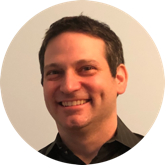 Founder and CEO of Bubble, Inc. Jonathan’s mission is to create software that gives free citizens complete control over their own personal data security.

Online privacy and data security information direct to your inbox!

Check Out These Related Posts

The page you requested could not be found. Try refining your search, or use the navigation above to locate the post.